Dr Louise Bezuidenhout who completed her PhD on dual-use ethics in Africa discusses the significance of dual-use issues in an international context.   Louise outlines her perspectives on exportation of western  dual-use concerns, and the way in which these concerns are understood and responded to by scientists on the ground. 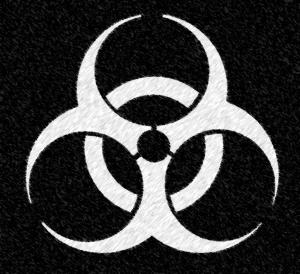 Developing Countries and the Dual-Use Debate – Why the Fuss?

Dual-use issues relate to the risk that benignly intended scientific research may be utilised in the development of illegal weapons. Most current dual-use discussions tend to focus on scientific research that is conducted in a small number of Western nations such as the USA, UK and Australia.  The majority of regulatory initiatives – including the “web of prevention” model – were spearheaded in these countries, and they have been highly influential in the development of initiatives to counter the dual-use potential of the life sciences.  Furthermore, these countries – particularly the USA – have taken the lead in developing discourse on dual-use ethics and dual-use education for scientists.

In recent years, however, the dual-use debate is increasingly becoming more international as many other countries start considering the dual-use aspects of the life sciences.  Notably, there has been marked movement in many European countries as well as in the Far East.  Nonetheless, despite the efforts of dedicated individuals, there remains very little representation from most developing countries in this growing international dual-use debate.  While, of course, the percentage of worldwide research from these countries pales in comparison to that generated in the West, the amount of research and development coming from these regions has grown and looks set to continue doing so.  In particular, the BRICS countries represented by Brazil, Russia, India, China and South Africa have all recently made massive strides in establishing life science research and development within their borders.

Raising Dual-Use Awareness and Regulating Science in these Regions

In addition to the virtual absence of these developing countries in international dual-use debates, the topic of dual-use remains a moot point in many developing countries’ science regulation policies.   Combined with highly variable degrees of nationally regulated biosafety and biosecurity oversight, formalized biorisk regulation and dual-use education and awareness is low within these countries.

Nonetheless, this does not mean that scientists in these countries do not interact with dual-use regulation.  Indeed, in many of these countries foreign funding and collaborations remain the only possibility for generating research funds in the absence of dedicated governmental funding.  Thus, through funding requirements, collaboration memoranda of understanding, and publication agreements, as well as foreign legislation on exports and imports, scientists in developing countries are regularly coming into contact with concerns relating to dual-use.

But Does it Work?

Despite assumptions that raising dual-use awareness through these channels increases a “culture of awareness and a shared sense of responsibility” amongst these developing country scientists, it seems important to pause and ask: does it actually work?  Are the dual-use concerns communicated through regulatory and legislative channels actually translating into dual-use concern within these scientific communities, or are they in fact (in the absence of adequate education and discussion) alienating scientists from this debate?

What Can Be Done?

Although it may be easy to pigeonhole these scientists as “non-progressive” or “non-Western”, further investigation showed the situation to be much more complicated than that.  Two issues in particular were highlighted.  Firstly, the imposition of ethical priorities (such as counteracting bioterrorism) through regulations was often viewed by scientists as “ethical imperialism”.  It was only through sustained discussions about the concept of dual-use and how the misuse of data was understood within a specific research context that this initial rejection could be overcome.

Secondly, it became apparent that regulations often made implicit assumptions about research environments, reflecting a highly Westernized interpretation of scientific research.  In many cases, scientists in developing countries felt alienated from discussions due to the impossibility of correctly applying regulations to their daily research.  Although many commentators have been quick to jump in and say that research should not be done in “insufficient environments”, such statements are binary and uninformed.  Much of the research conducted in developing countries occurs in eminently adequate environments that are, however, less advanced than those in the West.  Without the dedicated core funding to modernize these facilities, it is unlikely that some regulations will be met according to Western standards – but this does not make the research conducted in these institutions unethical.  Such judgments have been observed to increase ethical distress amongst scientists, often resulting in the rejection of dual-use discussions.

Dr Louise Bezuidenhout is currently a Research Fellow at the University of  Witwatersrand in Johannesburg, South Africa. Her main research interest is  the development of ethical discourse – including dual-use issues – amongst  scientists in developing countries.

One thought on “Developing Countries and the Dual-Use Debate – Why the Fuss?”

Drop us a line.... Cancel reply